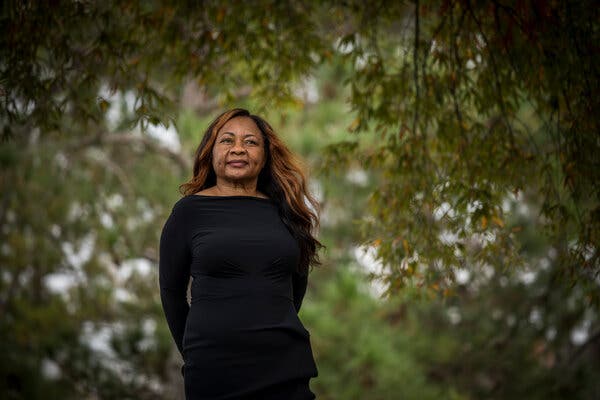 Join us online for a conversation between environmental activist and author Catherine Coleman Flowers and Library Director Diane Kresh about Flowers' book "Waste: One Woman's Fight Against America's Dirty Secret."

Too many people, especially the rural poor, lack an affordable means of disposing cleanly of the waste from their toilets and, as a consequence, live amid filth. Flowers calls this America’s dirty secret. In this “powerful and moving book” (Booklist), she tells the story of systemic class, racial, and geographic prejudice that foster Third World conditions not just in Alabama, but across America, in Appalachia, Central California, coastal Florida, Alaska, the urban Midwest, and on Native American reservations in the West.

In this inspiring story of the evolution of an activist, from country girl to student civil rights organizer to environmental justice champion at Bryan Stevenson’s Equal Justice Initiative, Flowers shows how sanitation is becoming too big a problem to ignore as climate change brings sewage to more backyards—not only those of poor minorities.

Catherine Coleman Flowers is an internationally recognized environmental activist, MacArthur “genius” grant recipient, and author. She has dedicated her life’s work to advocating for environmental justice, primarily equal access to clean water and functional sanitation for communities across the United States. Founder of the Center for Rural Enterprise and Environmental Justice (CREEJ), Flowers has spent her career promoting equal access to clean water, air, sanitation, and soil to reduce health and economic disparities in marginalized, rural communities. In addition, Flowers serves as Rural Development Manager for Bryan Stevenson’s Equal Justice Initiative (EJI), is a Board Member for the Center for Earth Ethics at Union Theological Seminary, and sits on the Board of Directors for the Climate Reality Project and the Natural Resources Defense Council. Flowers is also Co-Chair of the American Academy of Arts and Sciences Commission on Accelerating Climate Action and Practitioner in Residence at Duke University. As the author of Waste: One Woman’s Fight Against America’s Dirty Secret, Flowers shares her inspiring story of advocacy, from childhood to environmental justice champion. She discusses sanitation and its correlation with systemic class, racial, and geographic prejudice that affects people across the United States. She has been featured in The New York Times, The Washington Post, Bloomberg, The Guardian, and on PBS.

RSVP for an event reminder.

EcoAction Arlington will also share resources and tips for sewage treatment specific to the Arlington community.