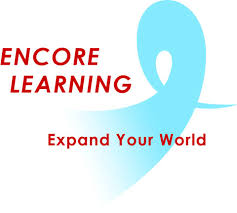 Award-winning filmmakers Frank and Mary Frost will tell behind-the-scenes stories of the making of a major television documentary, still in production, on Pierre Teilhard de Chardin, a once-censured French Jesuit priest and now paleontologist and philosopher honored for his brilliance and ground-breaking scientific discoveries.

About 100 years ago, Teilhard de Chardin was in his prime in Paris. He was an ardent advocate of evolution, not just of animal species, but of the cosmos. This did not go over well with church authorities, leading to a ban on publishing his thoughts and a 25-year exile to China mostly in Tianjin and Beijing, followed by exile to the US in New York.

After his death in 1955, however, de Chardin’s posthumous writings launched him to worldwide fame, as a scientist, a religious philosopher, and a mystic. Today he is known as the inspiration for a robust ecological movement, as well as a prophet for the 21st Century.

Frank and Mary Frost are married and an independent documentary filmmaker team with more than 35 years of experience who are currently working on a TV biography of Teilhard de Chardin for public television. Filming is complete at major locations where Teilhard lived and worked in France, England, and China. Post-production is under way.

Frank Frost earned his Ph.D. in Cinema from the University of Southern California; Mary Frost is a former journalist. They have produced 23 hours of nationally broadcast television and hundreds of short videos. They have received more than 100 awards for their work.

This is an Encore Learning Presents event, cosponsored by Arlington Public Library.

Connect to the event online via Zoom:

This program is presented in partnership with Encore Learning. Encore Learning is a 501(c)(3) nonprofit organization founded in 2002. They offer a wide variety of college-level noncredit courses, clubs, special events and activities to help meet the continuing educational and social interests of anyone over age 50, regardless of residence location.