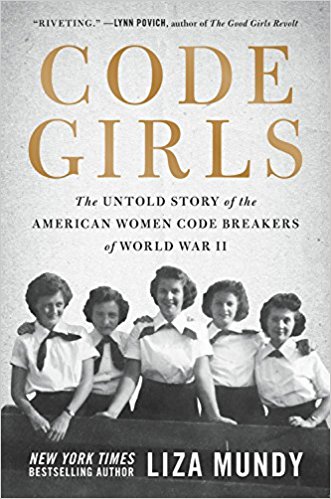 The "Women's Work: Then and Now" exhibition is open to the public during Library hours from March 5 - April 2.

In "Code Girls: The Untold Story of the American Women Code Breakers of World War II," author Mundy uncovers the truth about the army of women code-breakers behind the scenes of the war, and brings to life the forgotten history of these unsung heroes of WWII whose efforts helped save hundreds of lives.

At the outset of the war, cryptanalysis, the science of deciphering coded messages, had barely emerged and both allies and foes outpaced the United States. With young men galvanized to serve overseas, women were actively recruited on the home front. Initially, this effort focused on students from the Seven Sisters colleges but eventually expanded to include women from across the country who demonstrated an aptitude for math and discretion. These women were ensconced at Arlington Hall, a former girls' school in Arlington, Virginia, which became the headquarters of the U.S. Army's Signal Intelligence Service (SIS).

Copies of the book will be available for purchase and signing.

This program is part of the Library’s celebration of Women's History Month. *The term women includes anyone who's female identifying, non-binary, gender fluid, genderqueer, and/or trans.