Puerto Rico and the United States: How Did We Get Here and Where Are We Going? 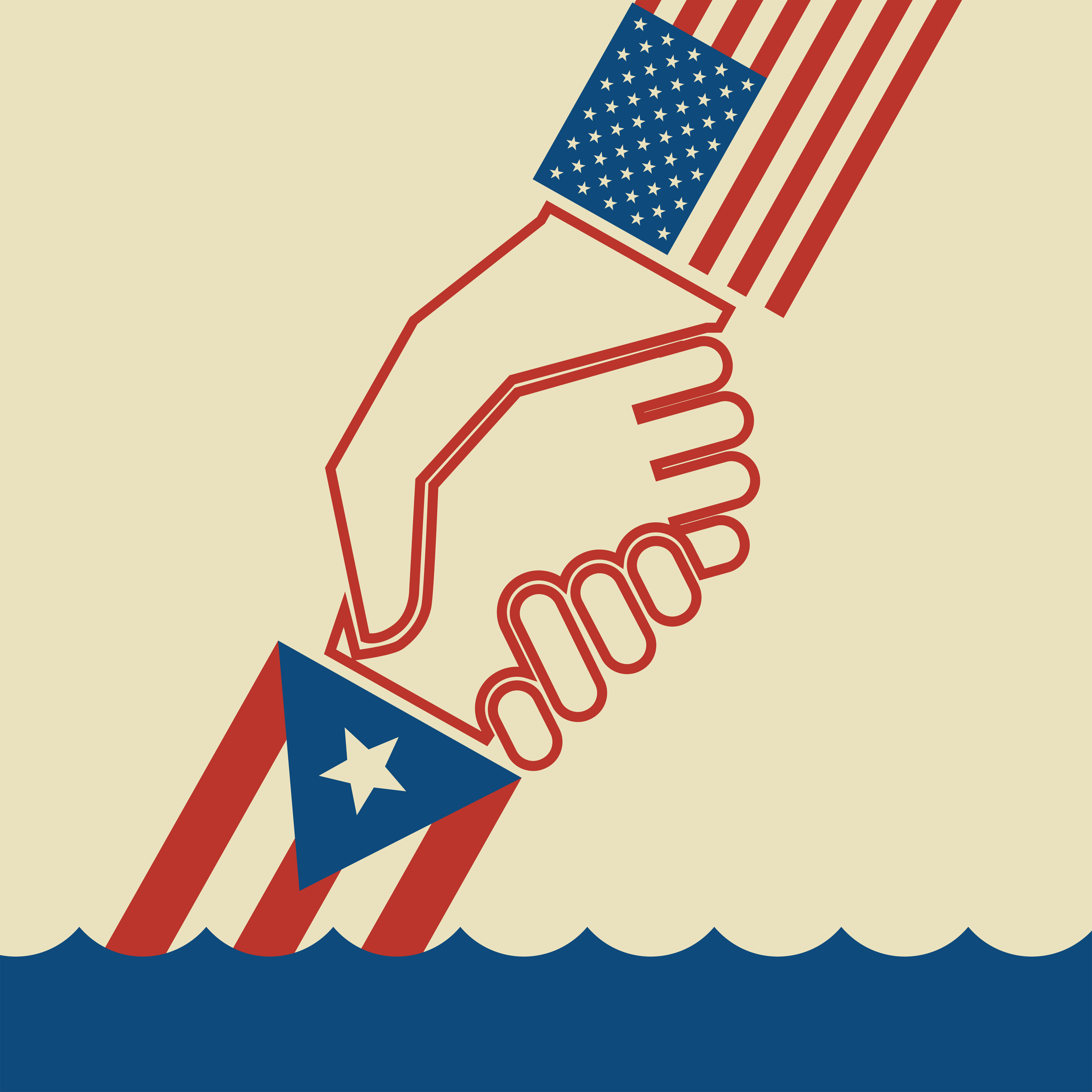 A Panel Discussion on the Past, Present, and Future Relationship between Puerto Rico and the United States.

Puerto Rico, an island in the midst of an unprecedented economic and humanitarian crisis, has been a territory of the United States for 120 years. How did we get here?

On September 20, 2017, Hurricane Maria made landfall in Puerto Rico, causing a complete collapse of the island's fragile power grid and resulting in a widely disputed number of deaths, due mostly to a lack of access to basic supplies and medical care. One year later, Puerto Ricans are still struggling to regain a sense of normalcy on an island where normalcy is defined by debt and poverty. The catastrophic aftermath of the hurricane has been blamed on the U.S. federal government's response to the disaster, archaic trade restrictions which prevented the donation of supplies from other countries, and the actions of the island's local government, among other factors.

On the first anniversary of the hurricane, join us for a panel discussion moderated by librarian (and University of Puerto Rico graduate) Michelle Fernandez, about the historical roots of this political, economic, and humanitarian crisis, the role of the United States on the island, and what the future may hold.

More About the Panel:

Luis Dávila is an attorney from San Juan, Puerto Rico. He received a B.B.A. in International Business from Florida International University in Miami and a J.D. with honors from the InterAmerican University of Puerto Rico. Mr. Dávila worked for the Governor of Puerto Rico as Deputy Director and General Counsel of the Puerto Rico Federal Affairs Administration in Washington D.C. He now works for DLA Piper, a leading global law firm, and advises clients on matters pertaining to US Federal Law & Policy, Telecommunications and FinTech.

Juan Declet-Barreto is a geographer and climate scientist in the Climate and Energy program at the Union of Concerned Scientists in Washington, DC. He partners with environmental justice groups and activists to research the potential effects of carbon policy and climate change on communities of color and other climate-vulnerable communities. Juan holds a PhD in Environmental Social Science from Arizona State University.

Federico A. de Jesús is the Founder and Principal of FDJ Solutions, LLC. He was the national Communications Director for Hispanic Media in the Obama for America 2008 Presidential Campaign and in the Office of the President-elect. Subsequently, he served for four years as a political appointee in the U.S. Department of Transportation as Associate Director for Governmental Affairs. Prior to the Obama campaign, de Jesús was the Director for Hispanic Communications in U.S. Senate Majority Leader Harry Reid’s office and he also served in a similar capacity for U.S. House Democratic Leader Nancy Pelosi. More recently, de Jesús served as Deputy Director for the Governor of Puerto Rico's DC office. De Jesús appears regularly in the media as a political commentator.

Angelique Sina has served as Co-Founder and President for Friends of Puerto Rico and has been leading philanthropic efforts in Puerto Rico to support and foster economic development since 2015. In 2017, she received the Brava Award from SmartCEO magazine for raising 2.5 million dollars in five weeks for Puerto Rico’s recovery efforts. Born and raised in Aguadilla, Puerto Rico, she graduated from Stanford Business University Latino Entrepreneurship program.has been driving economic development at World Bank Group since 2012.  In 2016, she was appointed by the Mayor of Washington, D.C. as the Commissioner for the Latino Community. She was chosen as a “Changemaker” at the White House United State of Women Summit and was a nominee for Forbes' "30 Under 30.”

This event is part of the Library's celebration of Hispanic Heritage Month.