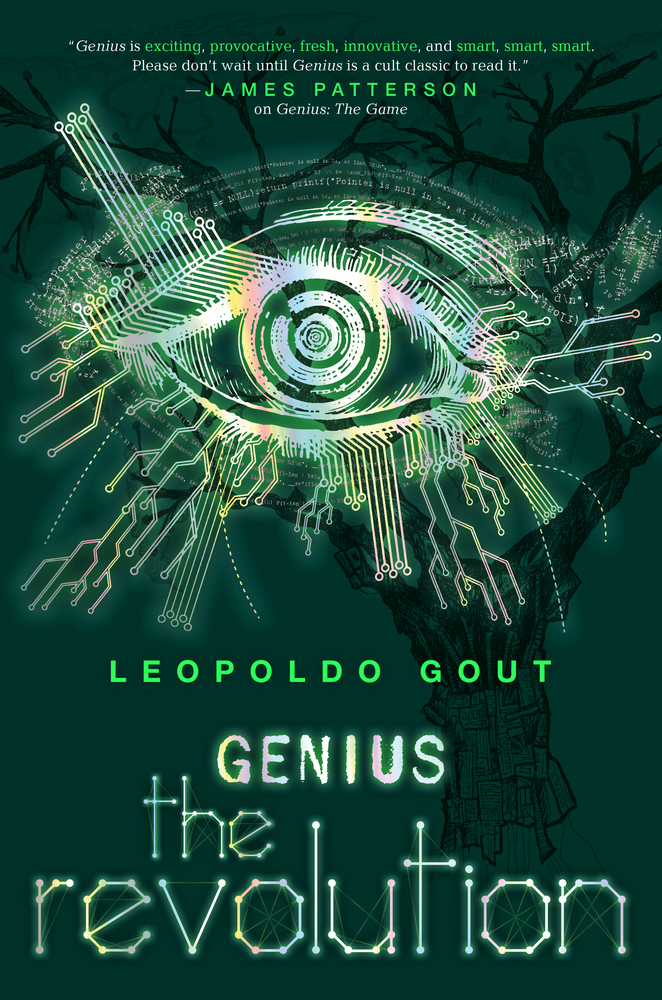 Giveaway: The first 20 attendees will receive a free copy of Genius: The Revolution!

Three teen geniuses from diverse backgrounds must take down an online terrorist ring, rescue an imprisoned father, and prepare for their final showdown with a misguided mastermind in this third and final book in the Genius YA trilogy.

How do we stop him? We beat him at his own game.

Painted Wolf: Sixteen-year-old activist blogger whose father has been arrested and deported back to China. To free him and clear their name, she must retrieve files held by a dangerous group of online terrorists.

Rex: Sixteen-year-old Mexican-American programmer and hacker whose work was stolen by a corrupt CEO. Reunited with his brother, he must work from the shadows to stop this mastermind from using his programs to take control of the Internet.

Tunde: This fourteen-year-old engineering genius has saved his Nigerian village from a vicious warlord, but in the process has discovered that a much more dangerous and pervasive threat exists . . . one that effects not only his family and friends, but the entire world!

Leopoldo Gout is a Mexican-born author, artist, and filmmaker. After studying in London, Gout produced the award-winning film "Days of Grace," which A.O. Scott of the New York Times called "potent and vigorous." He is the executive producer of the sci-fi drama Zoo on CBS and has partnered with James Patterson Entertainment to produce "Maximum Ride." Most recently, he was executive producer for the Oscar-nominated film "Molly's Game." He resides in New York City with his wife and two children.

The Alcove in Rosslyn is located at 1800 N. Lynn St., at the corner of 19th Street and N. Moore Street. The entrance is on N. Moore Street next to Nando's Peri-Peri.