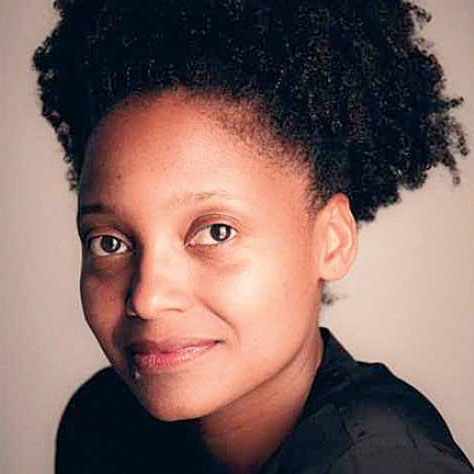 The Two-Term Poet Laureate of the United States

A finalist for the National Book Award, Tracy L. Smith's "Ordinary Light" is a quietly potent memoir that explores coming-of-age and the meaning of home against a complex backdrop of race, faith, and the unbreakable bond between a mother and daughter. The youngest of five children, Tracy K. Smith was raised with limitless affection and a firm belief in God by a stay-at-home mother and an engineer father. But just as Tracy is about to leave home for college, her mother is diagnosed with cancer, a condition she accepts as part of God’s plan. "Ordinary Light" is the story of a young woman struggling to fashion her own understanding of belief, loss, history, and what it means to be black in America. In lucid, clear prose, Smith interrogates her childhood in suburban California, her first collision with independence at Harvard, and her Alabama-born parents’ recollections of their own youth in the Civil Rights era. These dizzying juxtapositions—of her family’s past, her own comfortable present, and the promise of her future—will in due course compel Tracy to act on her passions for love and “ecstatic possibility,” and her desire to become a writer. Shot through with exquisite lyricism, wry humor, and an acute awareness of the beauty of everyday life, "Ordinary Light" is a gorgeous kaleidoscope of self and family, one that skillfully combines a child’s and teenager’s perceptions with adult retrospection. Here is a universal story of being and becoming, a classic portrait of the ways we find and lose ourselves amid the places we call home.

In 2017, Tracy K. Smith was appointed the 22nd United States Poet Laureate. She is the author of the critically acclaimed memoir "Ordinary Light" and four books of poetry, including her most recent "Wade in the Water." Her collection "Life on Mars" won the 2012 Pulitzer Prize and was selected as a New York Times Notable Book. "Duende" won the 2006 James Laughlin Award from the Academy of American Poets and an Essence Literary Award. "The Body’s Question" was the winner of the 2002 Cave Canem Poetry Prize. Smith was the recipient of a Rona Jaffe Writers Award in 2004 and a Whiting Award in 2005. In 2014 the Academy of American Poets awarded Smith with the Academy Fellowship, awarded to one poet each year to recognize distinguished poetic achievement. She is the Roger S. Berlind ’52 Professor in the Humanities and Director of the Creative Writing Program at Princeton University.

The 2019 Arlington Reads series features four women writers – the National Ambassador for Young People’s Literature, a New York Times-bestselling memoirist, an acclaimed journalist and New Yorker staffer, and the two-term poet laureate of the United States – whose diverse voices and experiences remind us that everyone has a story.